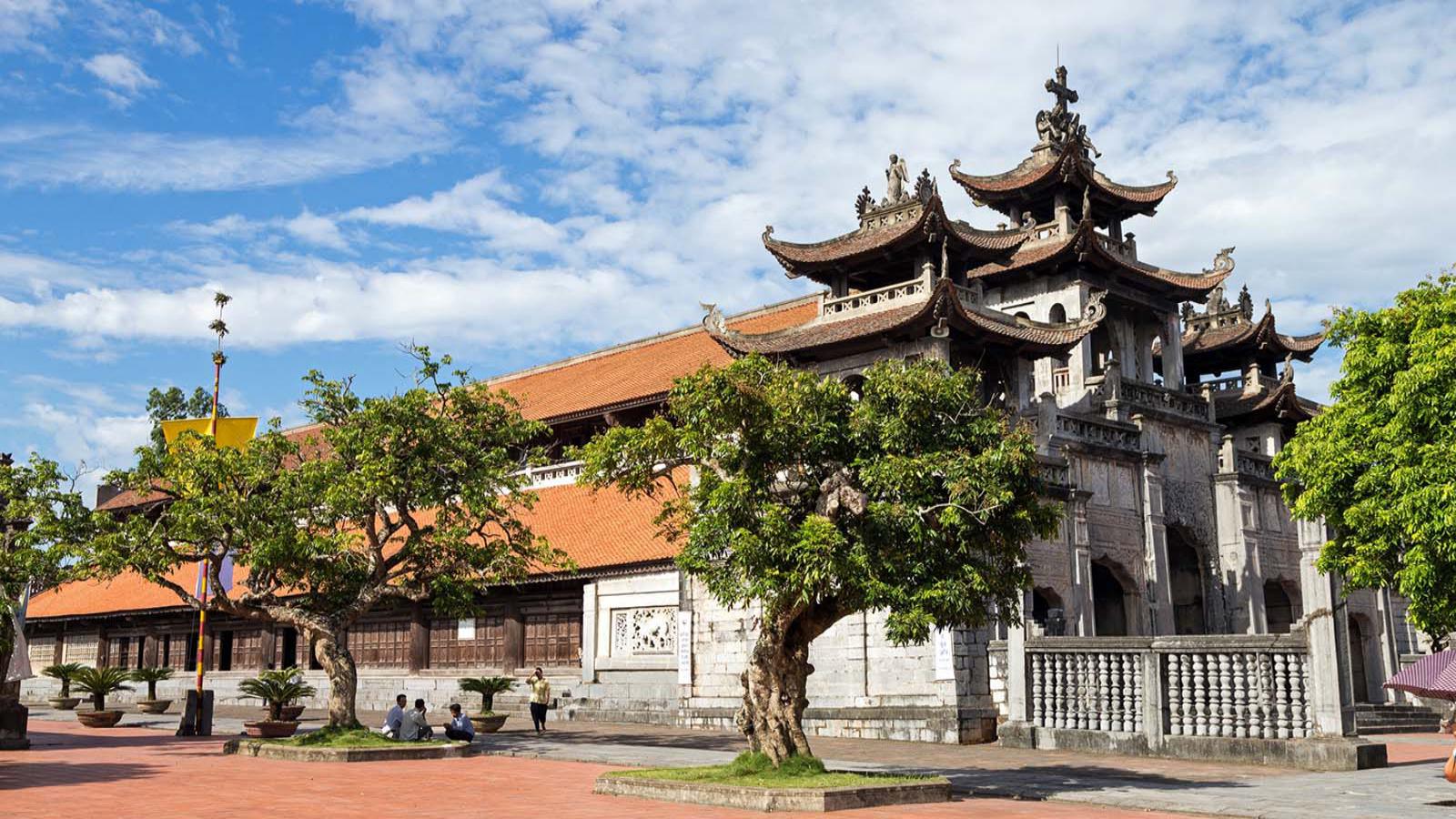 Phat Diem Stone Church is not only the pride of Vietnamese Catholics, but also of its unique architectural style found in Ninh Binh only.

The architectural ensemble of Phat Diem is a center of Catholicism’s most original of Vietnam with a dozen works in stone and wood built in a style combining architecture bouddhisques pagodas and Catholic churches. It was cultural and historical monument by the Ministry of Culture of the Socialist Republic of Việt Nam (Decree No. 25 VH / QDJ of January 18, 1988).

It includes, besides the Cathedral itself, a pond, a bell tower (called “Phương Dinh” in Vietnamese), four side chapels, a stone church (Chapel immaculté heart of Mary), two caves or artificial rocks, two porches and an ordeal. It is built on a north-south orientation.

Since the Central Road, the visitor sees in the distance a white statue is the statue of Christ the Kingoverlooking a square island in the center of a rectangular pond. It covers an area of ​​one hectare and is knownas the “Ao Ho” or “the Pond”. 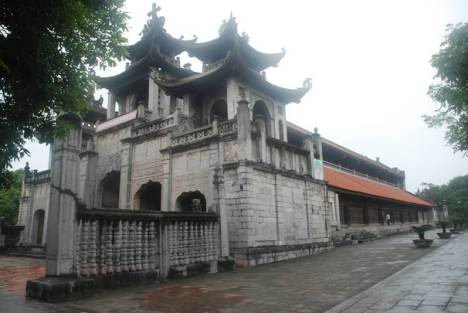 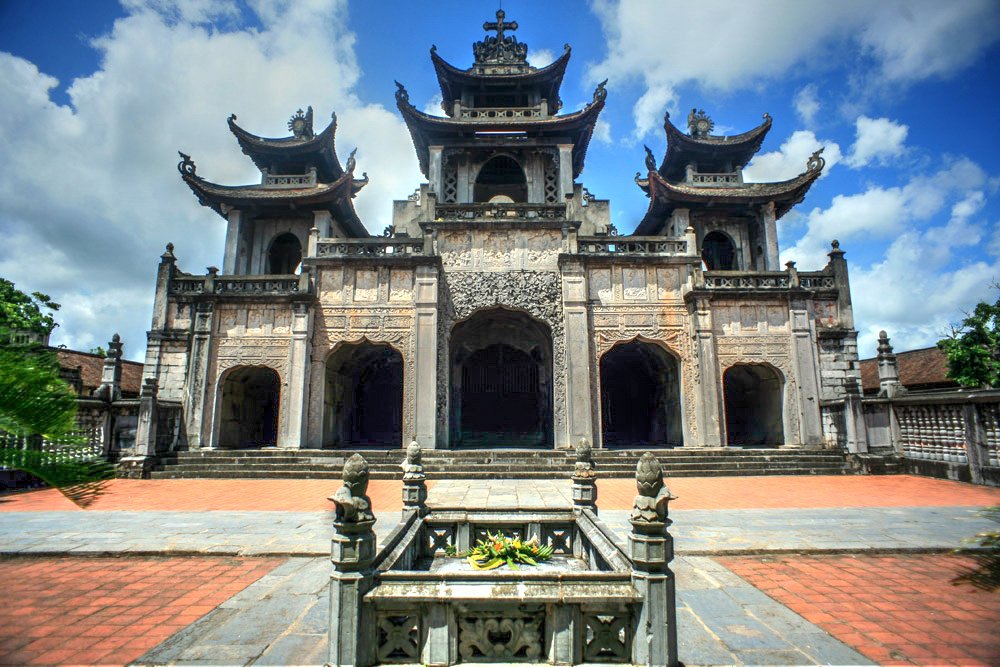 Just across the courtyard, we can begin the visit by the Phuong Dinh is the masterpiece of the architectural ensemble of Phat Diem.Ses dimensions are approximately cubic: 21m wide, 17m deep and 25m tall on threefloors with stars resembling those of the pagoda and the temple of Viet Nam. This architecture is one of originality in Vietnam and globally rare.

In front of the Cathedral, we allow ourselves to be seduced by the meticulous perfection sculptures andcarvings, but especially by the admirable purity of all lines. Phat Diem Cathedral is also notable for its Sino-Vietnamese style very original creating an atmosphere of silence and meditation for meditation and prayer.North of the Cathedral, are two large artificial caves, Lourdes is the most beautiful (“Lo Đuc” in Vietnamese),Calvary northwest and four side chapels.

Thus, the Phat Diem Cathedral, one of the most original architectural and grandest of the Church of Viet Nam,which is also a precious cultural heritage of the people, once built by faith and the efforts of our ancestors, wasnow respectfully preserved by the current generation and became a popular destination for Vietnamese as foreigners. 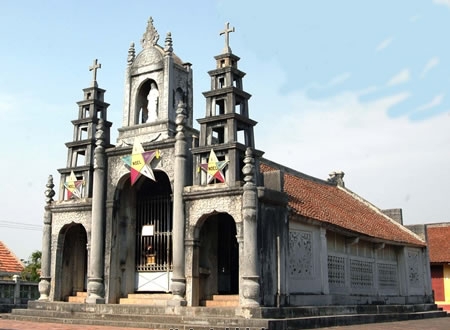 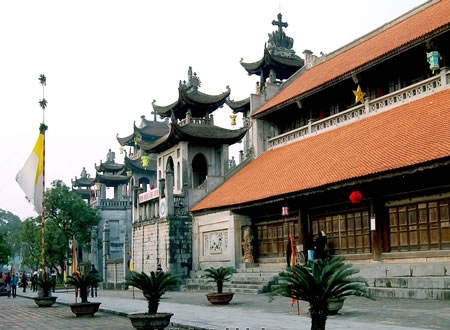