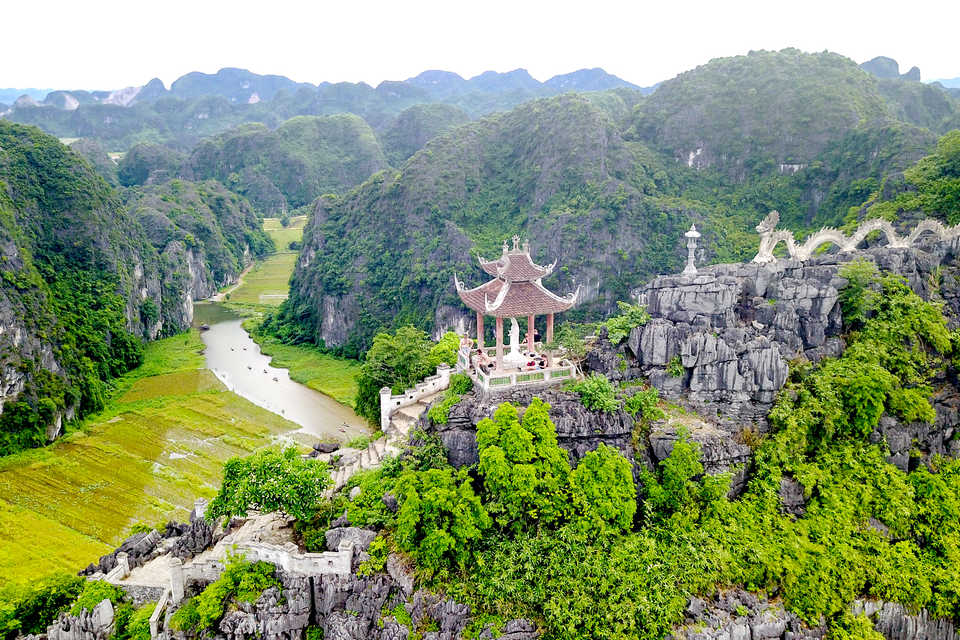 Mua Caves ( Hang Múa – Ninh Bình) is one of the most famous attractions in Ninh Binh that tourists almost will decide to visit it when they have had a bunch of information about the historical and King Kong’s land – Ninh Binh ( Appeared in the film “King Kong”).

Only Mua Cave brings you a chance for viewing the picturesque landscape of Tam Coc  from the peak above.

Mua Cave is lying at the foot of Mua mountain which shapes a bell with a width of around 800 square metre. On the left and right  of staircaseit is decorated on the stone with the dragon or phoenix carved properly very sharp and beautiful 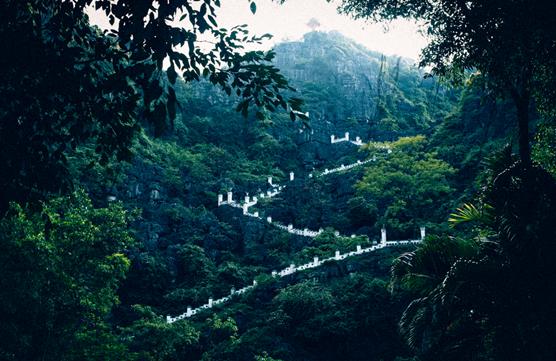 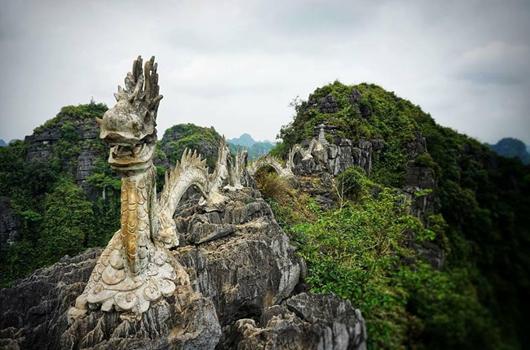 The way leading to the cave formed by a long stone staircase zigzags through the karst, there are nearly 500 steps to a simple altar to Quan Am (the Goddess of Mercy). It is assumed that the cave entrance seems to be similar as“ Great wall of China ”

Legend of Mua Caves Ninh Binh : According to Vietnamese legend when the king Tran arrived at Hoa Lu to establish Thai Vi temple, the King was like visiting this cave for enjoying dancing performance by ladies ( who serve imperial ). In Vietnamese “mua” means dancing so that the cave was named “Hang Mua” 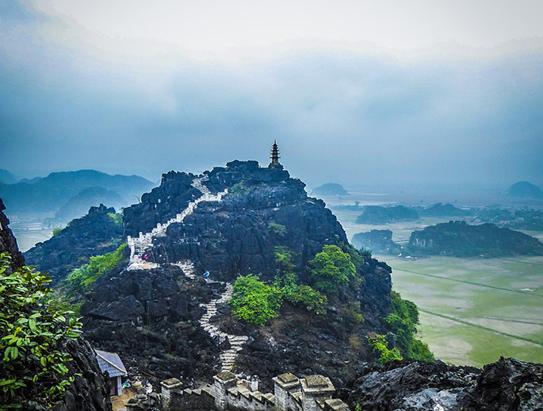 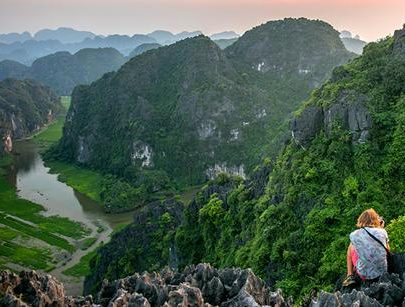