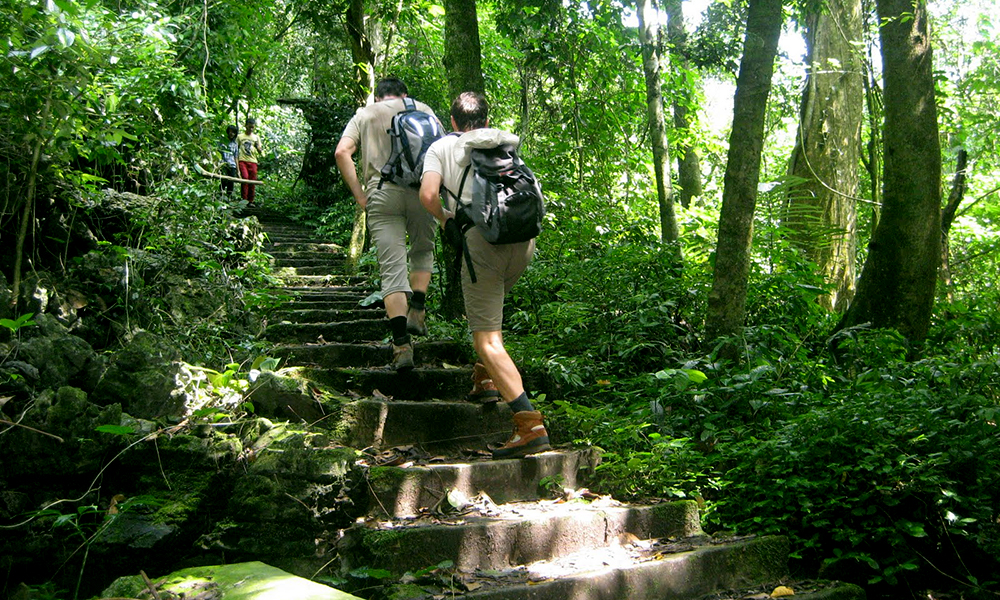 Cuc Phuong National Park is located 100km south of Hanoi in Ninh Binh province. The park is conveniently located on the route to several tourist attractions, including Bich Dong Pagoda, Hoa Lu, and Sam Son Beach. It was officially opened in 1960 as the first national park in Vietnam. Cuc Phuong National Park is surrounded by several limestone cliffs, the highest being May Bac, meaning “silver cloud”, with a height of 656m. There are plenty of plants and mammals living in the park. There are an estimated 2,000 different species of flora and the 450 species fauna account for 38% of the national fauna.

08.00 AM: Pick up at Trang An Retreat and depart for Cuc Phuong National Park.

PM: After lunch, depart to the Park Centre, on the way visit the Cave of Early Man (had over 7000 year), then you’ll start on a long trek through the forest to learn about the diverse flora and fauna of the park. You’ll also make stops at Cho Chi, the oldest tree in the forest, a number of picturesque streams and waterfalls.